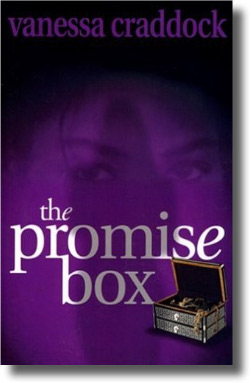 Bernadette Windsor’s life would make most 26-year-olds green with envy. She’s smart, beautiful, and on the fast track in a dynamic career as a computer programmer in the US Marine Corps. Bernadette is poised for a promotion that will secure her the kind of power she’s always craved, but an anonymous letter sidetracks her plans.

The letter, a cryptic poem, suggests the circumstances of her sister’s death 15 years ago were radically different from what she’d been led to believe. If the letter is true, her sister succumbed to murder, not pneumonia. Intrigued, Bernadette returns to her hometown where she discovers her sister’s death is just the peak of a mountain of dark secrets her family has harbored for years. No one in her family wants to help her resolve the mystery, but determined and fearless, Bernadette sets out alone to find the letter’s author and uncover the secrets. She confronts issues of family loyalty, love and betrayal until she finally uncovers the secret that has devastated them all.

But will she continue to protect the family honor or will she revel the secret, avenge her sister’s death and risk hurting the family she adores so much? Sometimes skeletons in the closet can kill!

Purchase from Barnes and Noble